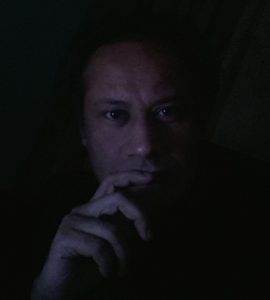 Right now, Bhagrath is at the prime of his life at 43 and editing a few of the clients’ magazines and websites

Our principal editor, Harpreet Bhagrath, has extensive experience in writing, editing, and the media. He has been writing and editing professionally since 1995, when his first article was published in The Indian Express. He’s qualified, experienced, and competent to address your writing, editing, and proofreading requirements. Here’s why.

Seventeen years as a journalist in India, Australia, and Fiji

Right after his graduation in commerce studies from Punjab University, India, Bhagrath started off as a freelance writer for The Indian Express in 1995. While freelancing, he completed his Post Graduate Diploma in Journalism & Mass Communication in April, 1997. At the end of 1999, he joined The Ludhiana Dispatch (TLD), an entertainment monthly published from Ludhiana, Punjab, India, as a writer/photographer. While working for TLD, and after mutual agreement between the two employers, Bhagrath joined Hosiery & Textile Journal (H&TJ) in November 2000 as senior correspondent. He left this job as the executive editor in January 2002. While working with H&TJ, Bhagrath was also presenting and directing documentary videos for a local TV station in his hometown, Chandigarh, India.

After working in Chandigarh with an IT publication, Micro IT Wizard, for one more year, Bhagrath went off to Brisbane, Australia in February 2003 to hone his skills in electronic media and online journalism. Once over there, he acquired two more qualifications from Griffith University, Brisbane, and put in couple more years of work, maintaining the website contents of brisvaani.com, a hugely popular web portal belonging to Brisvaani Radio 1701 AM, the radio station for the Indian community in Australia. He also worked as the editor in Brisvaani’s monthly lifestyle & entertainment magazine, CosmoIndian.

After coming back from Brisbane in February 2008, Bhagrath joined TrustSquare Infomedia (TI) in April 2008 as the chief editor and worked there till Sept. 30, 2011. From Oct. 2011, he started working as the editor with the Australian media firm Brisvaani Media again, editing their monthly lifestyle magazine, Brisbane Indian Connexion, and managing their website, www.brisvaani.com. He left this job to join as the editor at maiLife, Fiji’s premier general-interest magazine, where he worked from March 2013 to October 2013.

He’s now working as the editor with Cosmos Media once again, and besides compiling and presenting the morning news, Bhagrath managed the radio station’s India operations as well as Brisvaani’s web portal, brisvaani.com, with the help of his little team in India.

Right now, Bhagrath is at the prime of his life at 45 and flexing his editorial muscles. Bhagrath is a voracious reader and loves reading P.G. Wodehouse when he gets time. Also, he’s happily unmarried, to tend to clients better.